President Isaac Herzog met today (Tuesday, 23 November 2021) with the Prime Minister of the United Kingdom, Boris Johnson, at 10 Downing Street in London. President Herzog was welcomed at the iconic door of the British Prime Minister’s official residence by PM  Johnson. The two leaders held a diplomatic working meeting, during which they made statements to the press.

Full transcript: PM Johnson: It is fantastic to welcome President Herzog to London, we’ve known each other a long time. We are very proud that you should make this trip to the UK at an early part of your tenure, and we regard that as an important testimony to the strength of the relationship. President Herzog: Thank you Mr. Prime Minister for hosting me at 10 Downing Street. As you know my family history goes back in this land for well over a century, and we are very honored to have this unique relation with the United Kingdom. We are grateful to you for your great leadership, with the State of Israel, and for your moral clarity when it comes to the State of Israel and the Jewish People and fighting antisemitism. And I must say that we saw your leadership coming out of the COP26. PM Johnson: And I want to thank Israel for what you did there, you were great. President Herzog: I will deliver it to our government. Thank you very much. And it shows also that Britain has developed its own narrative and willingness in the global arena, and I know we have a lot to discuss including possible trade agreement. PM Johnson: Trade agreement and lots of other issues in the region and beyond. President Herzog: So, the final word I want to say is of course thank you for your resolution on proscribing Hamas, this is a very important message to terror organizations and global radicals trying to undermine the situation in the Middle East. And finally, as you enter your negotiations with the P5+1 on the Iranian nuclear situation, we are looking forward for our allies in the P5+1 to be as tough as possible because we do not believe that they are operating in a bona fide manner, and only if all options are on the table may things move in the right direction. PM Johnson: Thank you, Mr. President. I want to echo quite strongly those points and first of all on Hamas, I think it is the right decision, it was a difficult and controversial decision, but I think the right thing, and by the way a decision that I think was almost immediately vindicated by the appalling incident that we saw in Israel. Terrible, terrible thing. And your point about Iran is also well-made, and we see a situation in which the world doesn’t have much time. Thank you all very much. 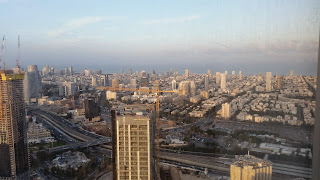